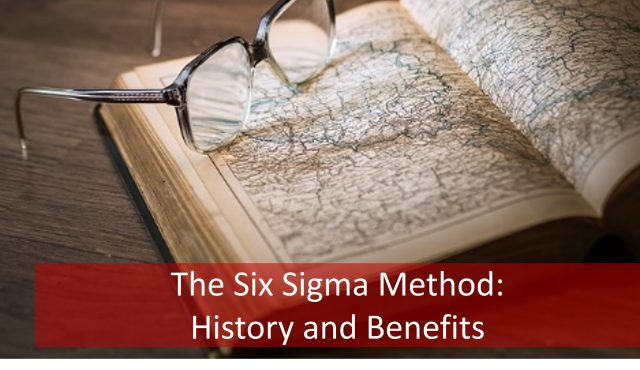 Let’s look at all of these questions relating to 6 Sigma and their answers.

Who developed the Six Sigma method?

The history of the Six Sigma method at Motorola can be summarized as follows. In the late 1970s, Motorola started experimenting with problem-solving through statistical analysis. In the 1980s, Motorola CEO Bob Galvin was struggling to compete with foreign manufacturers, when Senior Sales Vice President Art Sundry admitted that their “quality stinks”. Quality Engineer Bill Smith coined the improvement measurements as Six Sigma. The term “Six Sigma” was coined by Bill Smith in Motorola. Now, Bill Smith is called as the Father of the Six Sigma method around the world.

With the help of this program, Motorola saved $17 Billion from 1986 to 2004 reflecting hundreds of individual successes in the business areas like:

Another company that had the great benefit of this method is General Electric. And the Six Sigma initiative of GE was made famous by Jack Welch. The history of the Six Sigma method at GE can be summarized as follows. Jack Welch launched the Six Sigma method at GE in January 1996. It was at GE that the Six Sigma method was used to improve the entire Business System. GE saved $750 million by the end of 1998. GE could cut invoice defects and disputes by 98%, speeding payment, and creating better productivity. They also streamlined their contract review process, leading to faster completion of deals and annual savings of $1 million. In 1998/99 – the Six Sigma Green Belt exam became the criteria for management promotions. Terms such as Black Belt and Green Belt were coined by Mikel Harry in relation to Martial Arts and in today’s world, Six Sigma Green Belt and Black Belt certifications have great credibility in all industries.

What are the major benefits of the Six Sigma method?

The Six Sigma method is a disciplined and data-driven approach. That is why decisions taken with the help of Six Sigma tools and techniques are based on facts and figures of the relevant data. These decisions are never based on gut feeling or any personal opinion.

The Six Sigma method attacks high hanging fruits. High hanging fruits are nothing but the complex problems or hard stuff. The Six Sigma method addresses complex or critical pain areas first. It eliminates chronic problems in your process. Chronic means of long duration or lasted for a long period. Once the chronic problem is eliminated, it improves customer satisfaction. A customer could be your internal or external customers, depending on the setup you are engaged into.

Why aim for variance of Six Sigma?

As you will remember, the six sigma of the Six Sigma method refers to the variation in a process. In simple terms, the higher the sigma level, the lower the amount of variation in the process. A high amount of variation (or a low sigma level) means that there will be more products or outputs from the process that are defective and therefore your customers will not be satisfied with the result.  Now, we will compare a 99% yield, less than Four Sigma, to a Six Sigma yield of nearly 100% quality. Then, consider for a moment the potential lost profit in your company that is probably operating at 2-3 Sigma. Herein lies an important message. The message says that the Six Sigma method forces organizations to pursue perfection by asking if 99% acceptability is good enough. If the answer is yes, then the companies need to consider this table below.

Why Six Sigma is a better quality standard

Let’s give examples from real life to these quality levels to better illustrate these concepts.

These examples are self-explanatory. You should have got the insights of quality levels of different sigma levels and how the Six Sigma method aims to reach perfection. Please note here that while Six Sigma corresponds to being 99.9997% defect free, not all business processes need to attain this high a goal. Companies can also use the Six Sigma method to identify which of their key business processes would benefit most from improvement and then focus their improvement efforts there. It clearly means that the sigma level requirement for every process would always vary. Of course, there would always be an area for improvement because process improvement is an ongoing process. It’s not a one-time activity. Your process owners will make the call on what kind of sigma level does their process require or what is actually “Good” in terms of their process. And that is why the Six Sigma method is a must for any organization that wants to produce quality products and services.