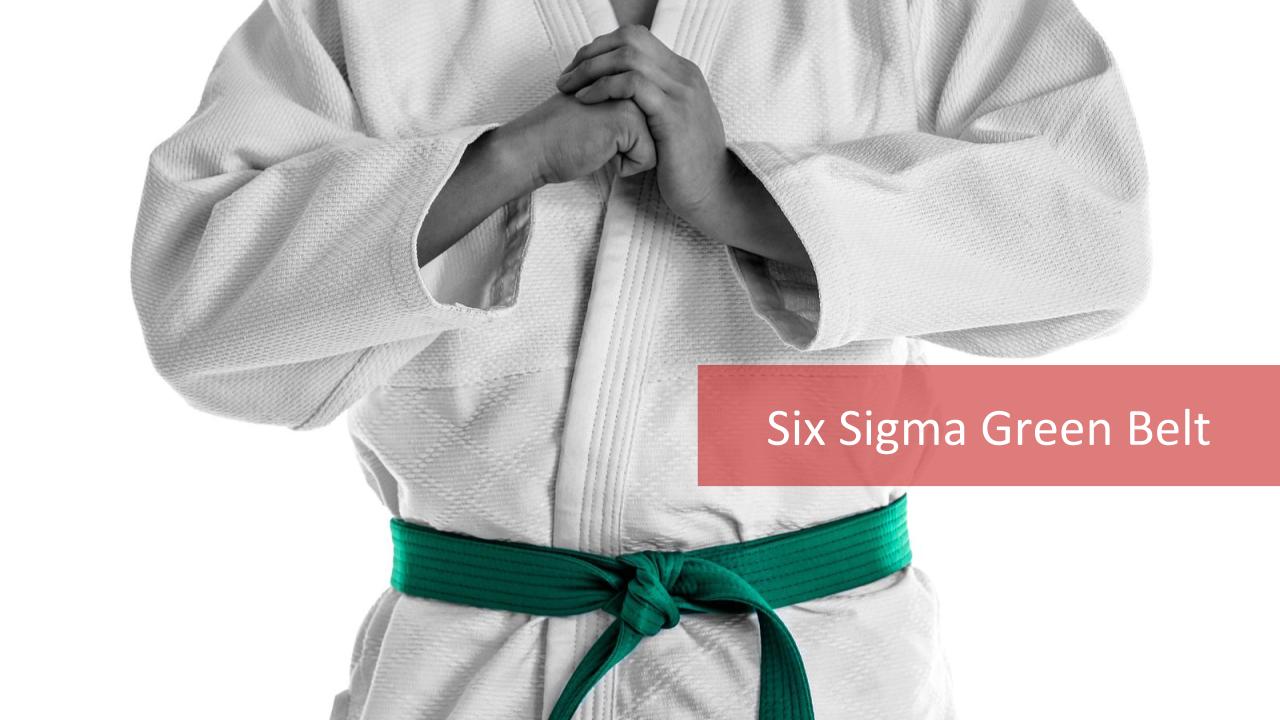 What is Six Sigma?

Six Sigma is a rigorous, focused and highly effective implementation of quality principles and techniques. Six Sigma methodology aims for virtually error free business performance. Six Sigma refers to the application of the scientific method to the design and operation of management systems and business processes which enable employees for creating value to customers and owners.

Sigma (σ) is an eighteenth letter in the Greek alphabet used by statisticians to measure the variability or variation in any process. A company’s performance is measured by the sigma level of their business processes. Six Sigma is a statistical definition of how far a process deviates from perfection.

What is the Background of Six Sigma?

It would be a mistake to think that Six Sigma is about quality in the traditional sense. Quality, defined traditionally as conformance to internal requirements, has little to do with Six Sigma.

How Does Six Sigma Define ‘Quality’?

For Six Sigma purposes, quality can be defined as “the value added by a productive endeavor”. Quality here comes in two flavors: Potential Quality and Actual Quality. Potential Quality is the known maximum possible value added per unit of input. The actual quality is the current value added per unit of input. The difference between potential and actual quality is ‘waste’. Six Sigma focuses on improving quality (i.e., reducing waste) by helping organizations produce products and services better, faster and cheaper

The essence of Six Sigma methodology is to solve problems that are impacting business performance. It has saved a huge amount of money and improved the customer experience for a large number of organizations across the world, yet it is applied in an inconsistent and often reductive fashion in many companies. This has led to criticism in the literature and a number of abandoned implementations.

Although many proponents of Six Sigma stress the uniqueness of the approach, it is, in fact, part of a continuing evolution of thinking in what might broadly be called “Quality”. It is important to see Six Sigma within this wider context.

Six Sigma’s most common and well-known methodology is its problem-solving D-M-A-I-C framework. D-M-A-I-C is an acronym that stands for Define, Measure, Analyze, Improve and Control. In other words, D-M-A-I-C is the classic Six Sigma problem-solving process. The roadmap to D-M-A-I-C starts with defining an improvement project. Therefore; the first phase that we are going to look at in DMAIC framework is ‘DEFINE’ phase.

Traditionally, the D-M-A-I-C approach is to be applied to a problem with an existing, steady-state process or product and/or service offering. In Six Sigma methodology, variation is the enemy. It means variation from customer specifications in either a product or process is the primary problem.

Variation can take on many forms. DMAIC resolves issues of defects or failures, deviation from a target, excess cost or time, and deterioration. Six Sigma reduces variation within and across the value-adding steps in a process. DMAIC identifies key requirements, deliverables, tasks, and standard tools for a project team to utilize when tackling a problem.

The Six Sigma Green Belt operates in support or under the supervision of a Six Sigma Black Belt, analyzes and solves quality problems, and is involved in quality improvement projects. A Six Sigma Green Belt has at least three years of work experience and wants to demonstrate his or her knowledge of Six Sigma tools and processes.

Six Sigma Green Belt certified personnel practices project management on a part-time basis. They are likely to spend 25 to 50 percent of their time towards Six Sigma projects and the remainder working in their primary functional area.

Six Sigma Green Belt is a potential team leader, and they are given the opportunity to develop leadership skills by facilitating brainstorming sessions and taking the lead on parts of the project.

The Six Sigma Green Belt certified personnel leads the project team in improving the process. He or she is responsible for delivery of the project outcomes and for facilitating the team through the application of the DMAIC process.

Let us send you links for our Free PMP Pack. Package includes:

We sent links to your email!

You should have received an email from us already.

If you did not receive, make sure you check your spam folders and add masterofproject.com to safe senders list to receive our emails.

Should you have any questions, you can email us at [email protected]

What are the 5 characteristics of a successful Six Sigma Green Belt?