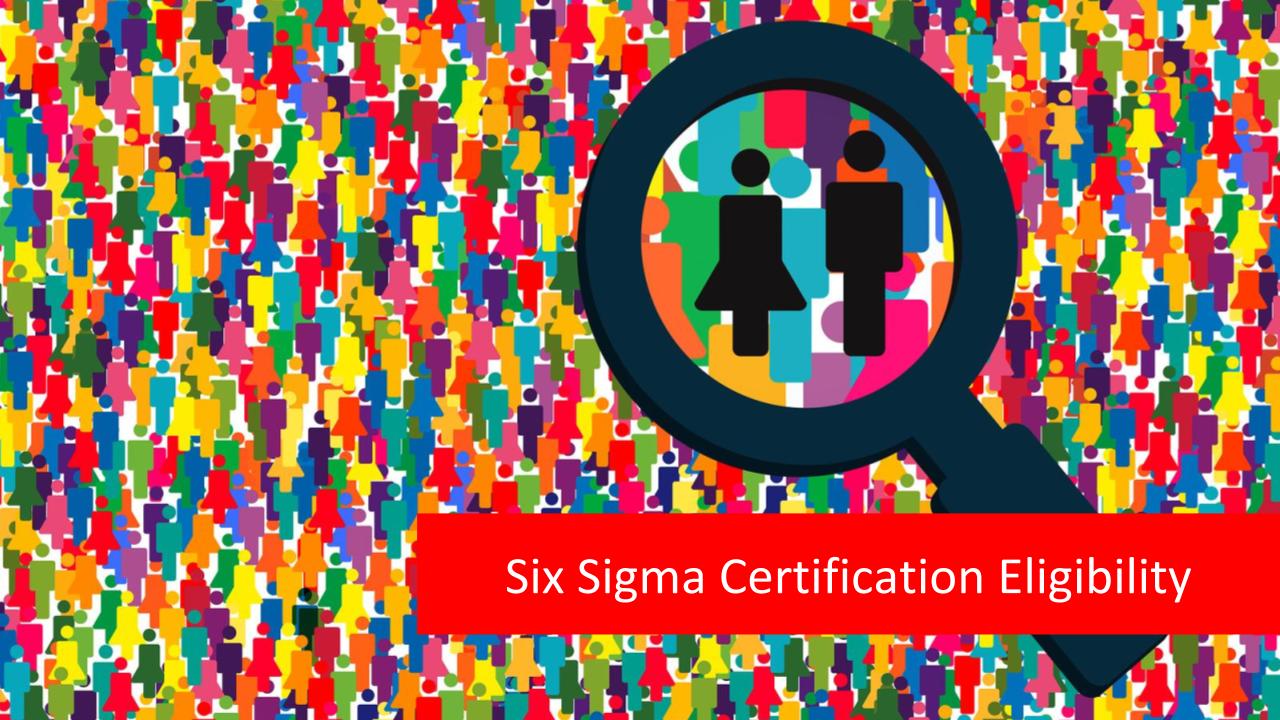 Before we discuss the topic of Six Sigma Certification eligibility, let us throw some light on the background of this methodology. Six Sigma is arguably a very clever way of branding and packaging many aspects of Total Quality Management that exist in their own right, regardless of the development of Six Sigma. Six Sigma is lots of different things because it had different meanings over time, and also because it is now interpreted in increasingly different ways. And Six Sigma is still evolving.

Six Sigma is a data-driven method for achieving near perfect quality. Six Sigma analysis can focus on any element of production or service and has a strong emphasis on statistical analysis in design, manufacturing and customer-oriented activities.

This certification is very much similar to other professional courses. The normal certification flow in all courses is that after having cleared specified guidelines and followed the required procedure, individuals are certified as ‘Capable’ of employing the gained knowledge in their respective field. There are several stages of the Six Sigma certification program and with each qualifying level, certain tests have to be cleared. These levels are labeled in the same manner as a martial arts certification grade. There are various belts such as Green Belt, Black Belt and Master Black Belt awarded to professionals who complete corresponding stages of the course. And there are some eligibility requirements for each level. If you are considering your Six Sigma Certification eligibility, you may take a look in a free Six Sigma training as well.

The details of six sigma certification eligibility are as follows:

How Does The Eligibility Change According to the Levels?

The eligibility is referred in terms of different levels of certification under Six Sigma methodology.

Please note all levels of Six Sigma certification are important because personnel certified at all levels will have the responsibility of working together to spread the information and knowledge they have gained for the success of their company or organization.