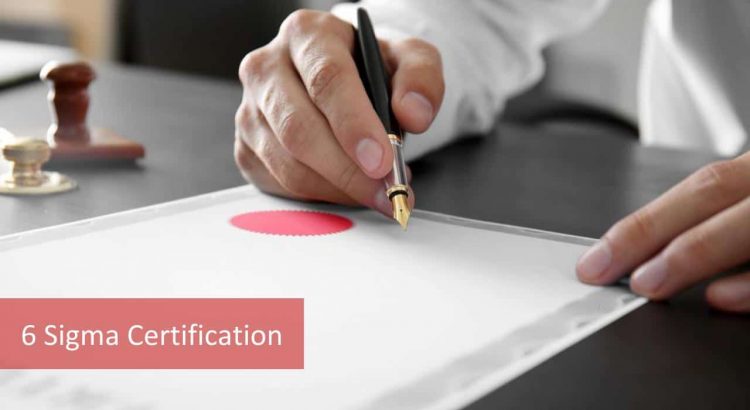 The Background of Six Sigma

Six Sigma has captured the attention of chief executive officers (CEOs) from multi-billion corporations and financial analysts on Wall Street over the last decade. The questions here is what Six Sigma means to them?

Mikel Harry, President, and CEO of 6 Sigma Academy Inc. defines it as:

‘A business process that allows companies to drastically improve their bottom line by designing and monitoring everyday business activities in ways that minimize waste and resources while increasing customer satisfaction’.

‘A comprehensive and flexible system for achieving, sustaining and maximizing business success, uniquely driven by close understanding of customer needs, disciplined use of facts, data and statistical analysis, with diligent attention to managing, improving and reinventing business processes’.

Contrary to the general belief, the goal of Six Sigma is not to achieve Six Sigma Level of quality (i.e. 3.4 Defects Per Million Opportunities). It is about improving profitability; improved quality and efficiency are the immediate by-products.

Some people have mistaken thinking that Six Sigma has another name, Total Quality Management (TQM). In TQM, the emphasis is on the involvement of those closest to the process, resulting in the formation of ad-hoc and self-directed improvement teams. Its execution is owned by the quality department, making it difficult to integrate throughout the business.

In contrast, Six Sigma is a business strategy supported by a quality improvement strategy. While TQM, in general, sets vague goals of customer satisfaction and highest quality at the lowest price, Six Sigma focuses on bottom-line expense reductions with measurable and documented results. The Six Sigma is a strategic business improvement approach that seeks to increase both customer satisfaction and a company’s financial health. That’s why for learning and being able to apply this method, having a 6 Sigma Certification becomes crucial.

Why Is Six Sigma Popular?

The Six Sigma has become very widespread throughout the whole world, so has the 6 Sigma Certification. There are several reasons for this popularity. Firstly, it is seen as a new quality management approach which can replace TQC, TQM, and others. Many companies, which were not quite successful in implementing previous management strategies such as TQC, and TQM, are now eager to introduce Six Sigma.

Six Sigma gives a scientific and statistical foundation for quality assessment for all processes within the measurement of quality levels. The Six Sigma method allows us to draw comparisons among all processes and tells how good a process is. Through this information, top-level management determines what route to pursue to reach process innovation and customer satisfaction.

The Six Sigma provides efficient manpower utilization. It employs a “belt system” in which the levels of mastery are classified and certified as Green Belt, Black Belt, and Master Black Belt. As an associate in a company, he or she gets trained systematically for one level at a time. Once done, he or she acquires a belt. Usually, a person who holds a 6 Sigma Certification at Black Belt level is the leader of a project team and several people who hold a 6 Sigma Certification at Green Belt level work together for the project team.

There are many success stories of Six Sigma application in well-known world-class companies. Six Sigma was pioneered by Motorola and launched as a strategic initiative in the year 1987. Since then, and particularly from 1995, an exponentially growing number of prestigious global firms have launched a Six Sigma program. It has been noted that many globally leading companies run Six Sigma programs, and it has been well known that Motorola, GE, Allied Signal, IBM, DEC, Texas Instruments, Sony, Kodak, Nokia, and Philips Electronics among others have been quite successful in Six Sigma. In Korea, the Samsung, LG, Hyundai groups and Korea Heavy Industries & Construction Company have been quite successful with Six Sigma.

There are three levels of 6 Sigma Certification; which are as follows:

The Six Sigma methodology focuses on the process that creates or eliminates the defects and seeks to reduce variation or variability in a process by means of a systematic approach called the breakthrough strategy, more commonly known as the DMAIC framework. As we are aware, D-M-A-I-C is an acronym for Define-Measure-Analyze-Improve-Control. These phases are the developmental phases for a typical Six Sigma Green Belt, Black Belt or Master Black Belt project.

The Champion, typically a senior manager or director, is both sponsor and facilitator of the project and team. The Process Owner is the manager who receives the handoff from the team and is responsible for implementation and maintenance of the agreed solution. The person with a 6 Sigma Certification at Master Black Belt level is the consultant; who provides expert advice and assistance to the Process Owner and Six Sigma teams, in areas ranging from statistics to change management to process design strategies.

Please note the success of Six Sigma does not lie in the hands of a handful of Black Belts, led by a couple of Master Black Belts and Champions. To realize the power of Six Sigma, a structure of roles and responsibilities is necessary within the organization.