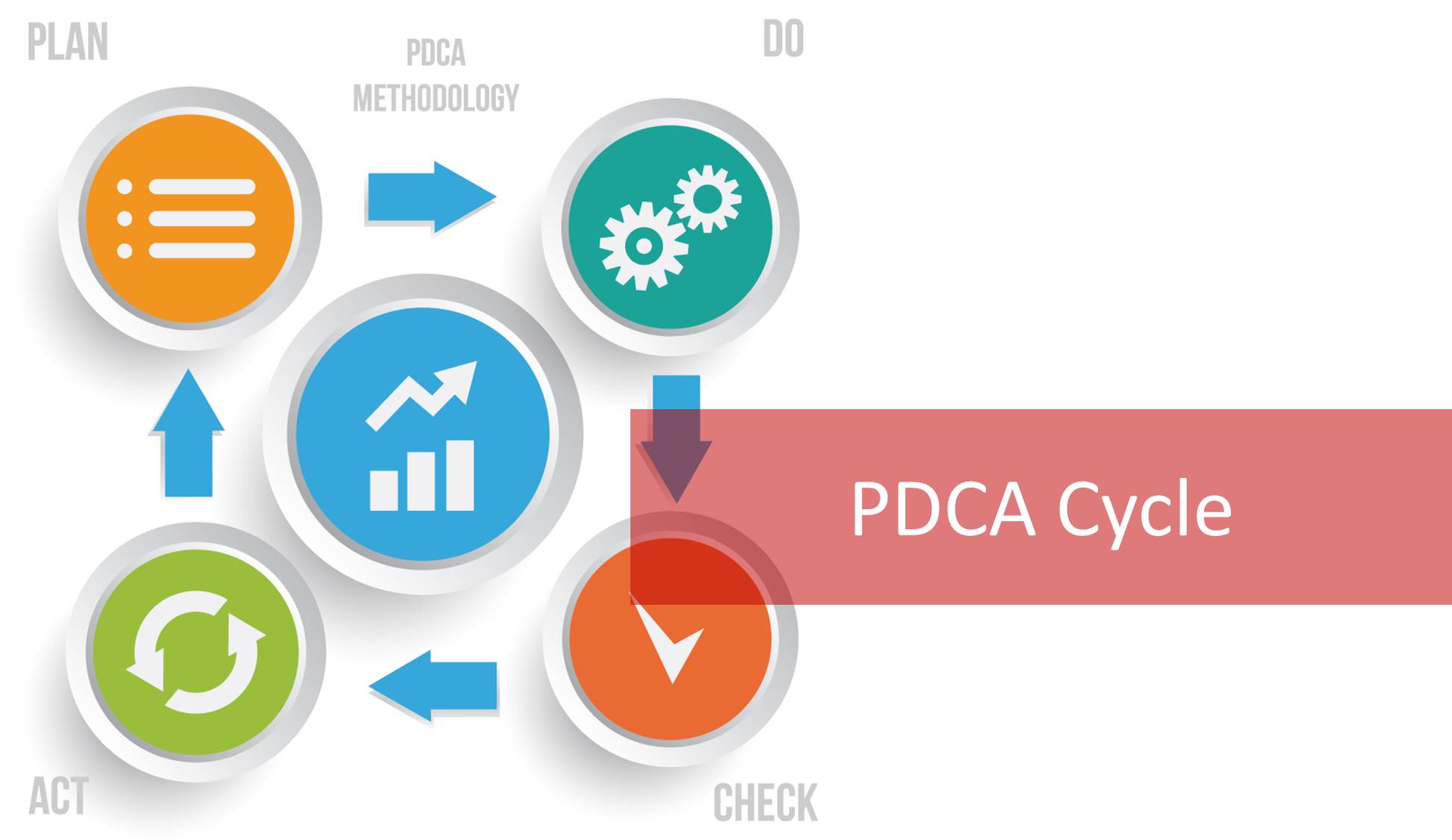 This cycle is a management approach developed by Edwards Deming and results in improved quality, increased productivity, and results in a more competitive position. This cycle is also known as the Deming cycle. This cycle is used in many industries and areas in business for controlling and measuring results and then acting based on the results to produce a better output in later steps or trials.

The basis of the PDCA cycle is a four-part quality lifecycle. And these actually constitute the Acronym of the PDCA cycle: Plan, Do, Check and Act. This cycle may be used to improve, for example, an online ordering service or the Service Level Management process within an organization.

The 4 Activities of the PDCA Cycle

The first step of the PDCA cycle is planning the improvements. In this step, measures for success are agreed. Gap analysis is undertaken and a plan is produced to close the gap through a series of step improvements.

The second activity of the PDCA cycle will be Do which refers to the implementation of improvements. A project is initiated and conducted to implement any steps needed to close the gaps identified in the Plan phase. The project may include a number of step changes to improve a service or process.

The third activity of the PDCA cycle is Check. Check is more accurately described as Monitoring, Measuring and Reviewing. The results of the implemented improvements are compared with the measures for success identified and signed off in the Plan phase.

The fourth and the last activity of the PDCA cycle is Act. Improvements are implemented in this step. The improvements that have been identified are fully implemented. The PDCA cycle can be used in order to improve any of the ITIL Service Management processes.

The PDCA cycle and the ITIL Service Lifecycle

This cycle can be used in order to improve any of the Service Management processes. An ongoing and continual improvement is a fundamental tenet of ITIL CSI. So this PDCA cycle and looking for improvement areas in every process of each ITIL service lifecycle is a repetitive process in the continual service improvement stage. This improvement is aimed to be reached in all four phases of the ITIL Service Lifecycle which are: Service Strategy, Service Design, Service Transition and Service Operation.

The continual improvement part of continual service improvement stage takes place on “check” and “act” activities of the PDCA cycle because in first two activities, plan and do, the improvement areas are identified and which steps will be applied are determined and implemented. Then the check and act steps monitor and control the outputs of the implemented actions.

This figure visualizes how PDCA cycle helps to align the business with the IT. As you see the graph has two dimensions. The vertical axis shows the maturity level and the horizontal axis shows the time scale. There is a barrier under the PDCA cycle and this is called the consolidation of the level reached i.e. the baseline. So, this point in time refers to the baseline where the first measurements started.

After the baseline and benchmarks are determined, the next target to reach is defined. And this point is referred as the effective quality improvement in the figure. From the baseline to the target, the PDCA cycle is processed. And with this cycle, improvement areas are identified, plans are generated, and implemented. Then, the results are checked and measurements are compared to the baseline levels. If the targets are not met, new action plans are prepared again. If the targets are met, then a new higher target is aimed to reach. And this is the cycle of the continual service improvement in an IT organization.

3 thoughts on “PDCA Cycle: The 4 Gears of Continual Service Improvement”