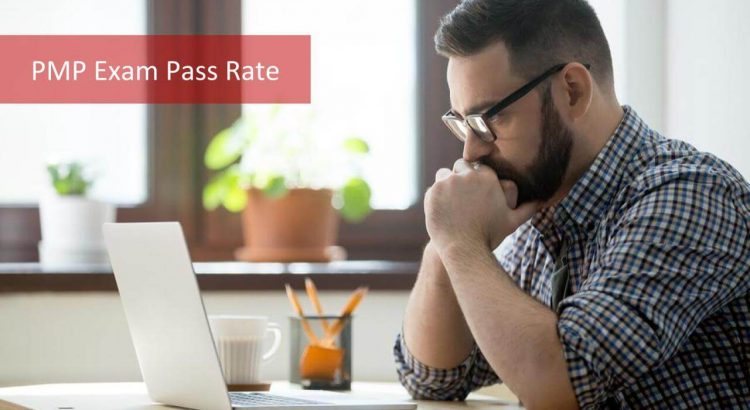 The Project Management Institute seeks some PMP eligibility requirements from PMP candidates. PMP candidates should satisfy PMI’s PMP certification requirements. Once you satisfy the PMP exam requirements, you can apply for the PMP exam. Compared to other certifications, PMP is harder to obtain and to pass the exam you have to be more prepared. That’s why during your exam preparation, after your complete your 35 contact hour course, you should use practice tests.

In this article, we will describe all the aspects of the PMP exam pass rate.

After helping over 200,000 professionals in more than 180 countries with a 99.6% first attempt pass rate, we have prepared a seven-step PMP study plan. Read this PMP study plan and create your own PMP prep plan accordingly.

Before answering the question about the aspects of the PMP exam percentage to pass, one thing must be kept in mind: PMI doesn’t include much information about the PMP exam pass rate. Here is a list of things that PMI never disclose about PMP certification exam passing score:

PMI does not disclose any data or information on the PMP exam pass rate for attempting the exam for the first time / first try. You can only make informed guesses from the statistics of PMP training organizations and study groups. So there is not an exact number for how many questions you must answer correctly.

What is included in our 35 contact hours of self-paced PMP Training Program?

What is the pass percentage for the PMP exam?

Here is what the PMI says about the PMP pass rate:

“The PMP exam passing score for all PMI credential examinations is determined by sound psychometric analysis. PMI uses subject matter experts -project professionals from around the world and many different disciplines- to determine how many questions you must give correct answers to pass the exam. Each scored question in the exam is worth one point; and your final score is calculated by totaling the points you have earned on the exam. The number of questions you answer correctly places you within one of the performance rating categories you see in the report.”

We recommend each PMP aspirant schedule their PMP exam if they can score over 70% with PMP sample questions, a practice exam, or from a PMP exam simulator.

The exam schedule is 4 hours. There are no scheduled breaks during the exam. You can still take breaks, but this break time will be deducted from the 4 hours. The exam begins with a tutorial and is followed by a survey. You might take about 15 minutes to complete. However, this time is excluded from the total of 4 hours.

These questions come from the PMBOK guide specification and PMP Code of Ethics. There are 5 project management process groups in which you have to show your proficiency.

As per PMI, the table below shows the percentage of questions from each of the domain areas:

Below are some top myths regarding the PMP exam pass rate:

2. Can someone fail if they get ‘Below proficient’ level in any domain?

This is not true. PMP looks at someone’s overall PMP exam performance on the test for all domains not at one single area. Also, the weighting of questions in each of these areas might vary greatly. Hence, even if you get a below proficient level in one domain, it doesn’t automatically mean you failed. But, if you do poorly in those sections which have a higher weightage in questions, there is a bigger chance you might not reach the PMP exam pass rate.

3. Is the same weighting applicable to all the questions?

The weighting for all the questions is not the same. As the PMP certification exam pass rate differs based on the kind of questions you get, the difficult questions will have more weightage than the easier ones. The best way to build your sense of understanding about what is difficult and what is easy is through practicing a lot of sample questions.

4. Is there only one single PMP exam pass rate score for everybody?

When do you know the PMP Examination Report?

For the Computer-Based Test, you will know the result once you complete the exam. The Pearson VUE test center where you took the exam will give you an “official” sealed copy (computer print-out) of your test result. In addition to the overall pass or fail status, important diagnostic information on your performance is provided for each domain.

The information mentioned in the PMP Exam Score Report

Note: The PMP Exam Report does not show your actual score or even percentage score.

How can we analyze the overall pass result based on proficiency levels?

There is no clear information on what combination of PMP exam proficiency levels can lead to an overall pass result. However, we can derive the below observations based on an analysis of various test result reports: