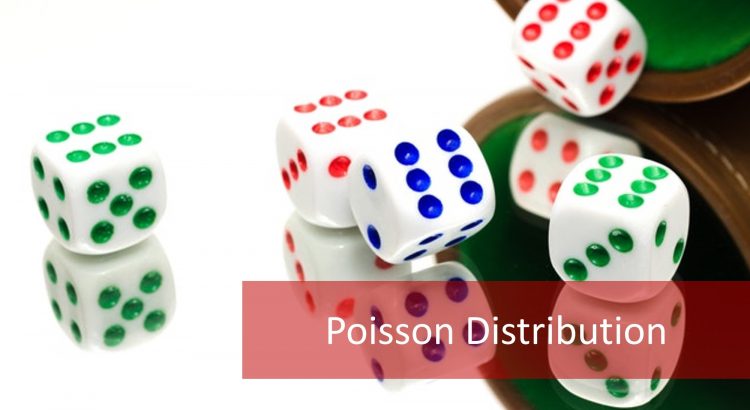 When to Use the Poisson Distribution?

A Poisson experiment is a statistical experiment that has the following properties:

The Poisson parameter Lambda (λ) is the total number of events (k) divided by the number of units (n) in the data The equation is: (λ = k/n).

Have a look at the formula for Poisson distribution below.

Let’s get to know the elements of the formula:

An Illustration of Poisson distribution

Since X refers to the number of occurrences desired, the preliminary equation has to be formed in such a manner that it mathematically expresses the result. Therefore, it is noted as ‘P(X = 0) + P(X = 1)’ The main component of the formula has been repeated twice for two segments of the result. The first segment is ‘P(X=0)’. The second segment is ‘P(X=1)’. The denominator in the main component of the formula mentions ‘0 Factorial’ and ‘1 Factorial’ and it has been expressed as 0 and 1 accompanied by an exclamation mark.

In this figure, the formula has further been solved. The algorithm value remains the same. Please note that 1 accident is the desired probability and 5 accidents are the historical average number. That is why the sum of one plus five has been multiplied by Poisson value. Therefore, the probability of fewer than 2 accidents per week is 0.0402 or 4.02%.

Let us deep-dive into the formula one more time!

The numerator, for all the segments of the result, has the λ value of 5 for ‘x’ because the average number of historical accidents per week is five at the signal. For the λ value of 5.0 and the row-wise ‘x’ value of ‘0’, the poison value is 0.0067. It remains the same for calculating probability on both the occasions.

The formula has further been solved as normal. The common algorithm value has been noted outside the bracket. Note that 0 accidents, 1 accident, 2 accidents and 3 accidents are the desired probability and 5 accidents are the historical average number. That is why the sum of 1 plus 5 plus 12.5 plus 41.67 has been multiplied by Poisson value to be subtracted from 1 or 100%. Here we go with our answer. The probability of more than or equal to accidents per week is 0.5968 or 59.68%.