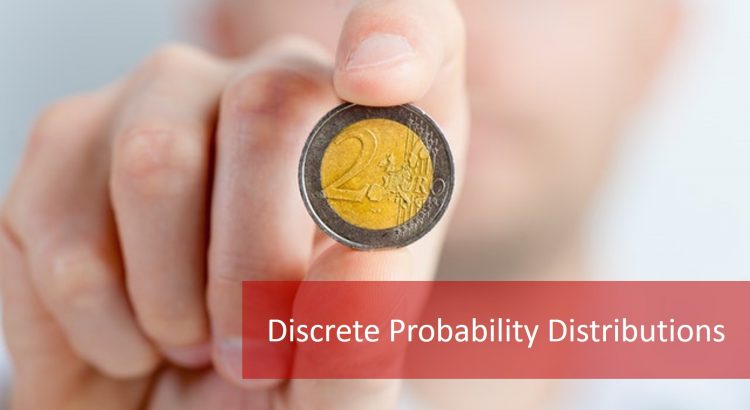 Let us first briefly understand what probability means. The word “probability” refers to a probable or likely event. Probability is a measure or estimation of how likely it is that something will happen or that a statement is true. Probabilities are given a value between 0 (0% chance or will not happen) and 1 (100% chance or will happen). The higher the degree of probability, the more likely the event is to happen, or, in a longer series of samples, the greater the number of times such event is expected to happen. In other words, the probability of an event is the measure of the chance that the event will occur as a result of an experiment.

How to calculate probability?

The three basic properties of Probability are as follows:

The simplest example is a coin flip. When you flip a coin there are only two possible outcomes, the result is either heads or tails. And so the probability of getting heads is 1 out of 2, or ½ (50%).

What is discrete probability distribution?

For example, if a coin is tossed three times, then the number of heads obtained can be 0, 1, 2 or 3. In other words, the number of heads can only take 4 values: 0, 1, 2, and 3 and so the variable is discrete. Note that getting either a heads or tail, even 0 times, has a value in a discrete probability distribution.

An example of discrete probability distribution

What is uniform probability distribution?

Let us continue with the same example to understand non-uniform probability distribution. We will have to assume that we have modified a die so that three sides had 1 dot, two sides had 4 dots and one side had 6 dots. Now, there are only three possible number outcomes (1, 4 and 6) and the probability of getting each of these numbers is different. Please refer the table for non-uniform distribution in the figure to see the example.