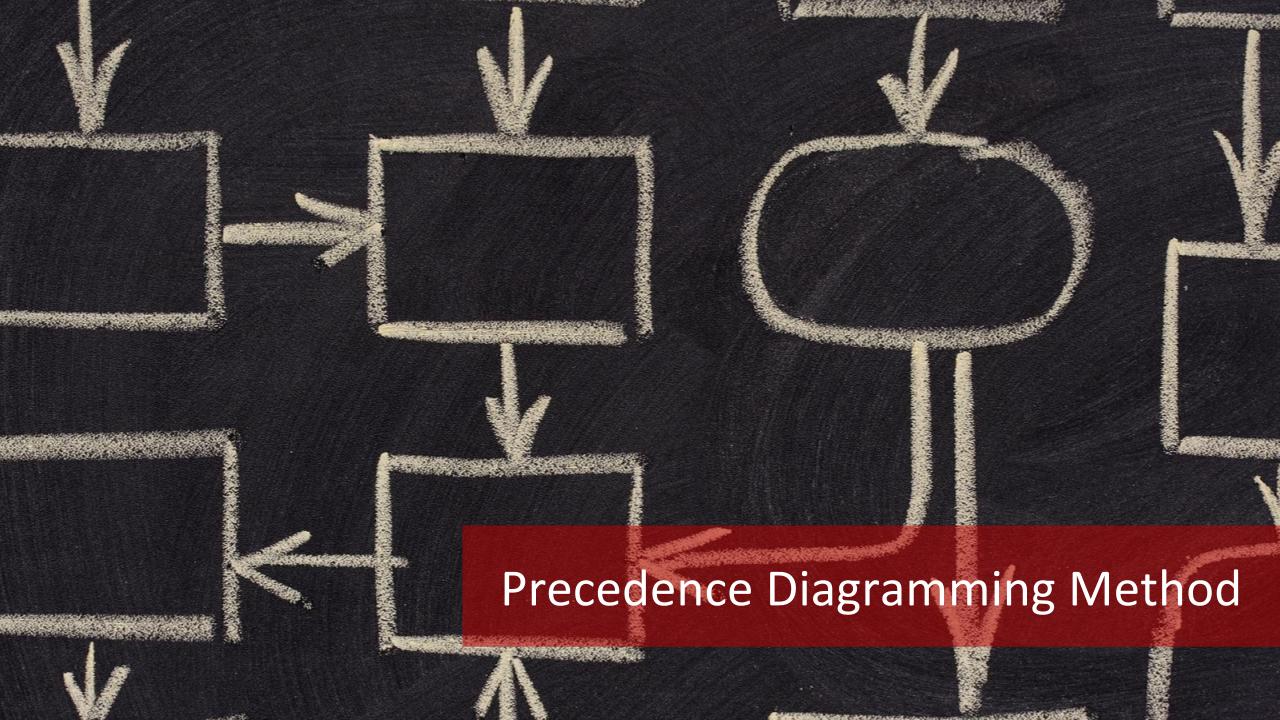 If you enroll in a project management certification course you will have a detailed training about these relationships in this method. Because there are many questions about Time Management knowledge area in PMP exam questions. So it’ll be wise to include this knowledge area and its processes in your PMP study plan. Also, in this article, we are going to explore the types of relationships and dependencies in Precedence Diagramming Method while giving real-life examples.

The 4 Types of Relationships in Precedence Diagramming Method

In order to complete the network diagram of a project with the method 4 types of relationships between the activities are used. These relationships are:

Let’s go over each type of dependency.

It is better to describe GERT here. GERT is a modification to the network diagram drawing method allows loops between activities. this figure shows an example for the GERT. Activity B has a finish-to-start dependency to the Activity A. Activity B can start only after Activity A is finished. However, after Activity B is completed, activity A is re-initiated.

The 4 Types of Dependencies in Precedence Diagramming Method

Let’s go over each of dependencies in Precedence Diagramming Method, one-by-one.