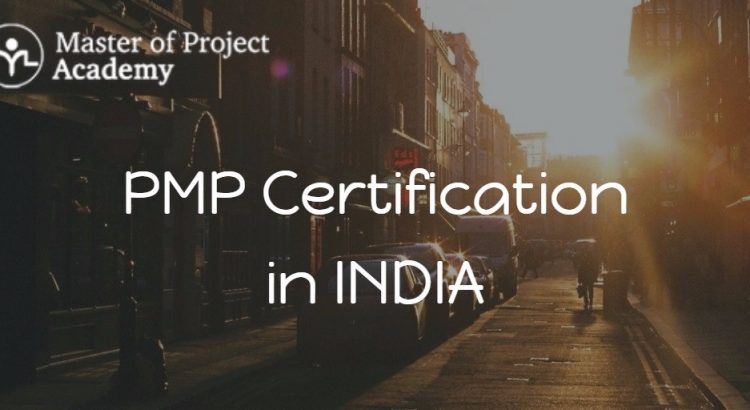 Importance of PMP Certification in India:

Many countries are looking to outsource their Information Technology projects to Indian companies to be cost effective. But would also like to ensure the quality of managing the projects. This has led to a spurt in the requirement of PMP certification holders in India. The ‘Project Management Skill Gap’ report published by PMI indicates a 60% hike in project manager roles in India by 2020. The report also indicates that, there will be close to 4 million project oriented jobs by 2020 in India.

After helping over 200,000 professionals in more than 180 countries with a 99.6% first attempt pass rate, we have prepared a seven-step PMP study plan. Read this PMP study plan and create your own best PMP study plan accordingly.

Popularity of PMP Certification in India:

With the ‘Make in India’ call given by the current Indian Prime Minister Mr.Modi, the Public Sector and Government are mandating the Project Management training for their employees to ensure success in project delivery.

PMP training is also popular in Banking, Telecommunication, Pharmaceutical and Healthcare industry. PMP certification and framework are domain agnostic. Hence, PMP certification in India is also very popular with people who are looking for a career shift across industries.

Check our How much a Project Manager can earn? PMP salary video

Should You Go for PMP Certification Classroom Training?

Being the busy project manager you are, you may have to attend meetings or have worked late the previous night. So, you may not find time to attend a full day PMP certification classroom training with fixed timing. Most often, the PMP certification aspirants cannot attend all four days. Hence, for them to complete the PMP training, they need to wait for the next batch to start. So your ‘PMP certification’ project is already late. Are you any better from the cost angle for your project? May be not. Classroom training for PMP in India cost you more than the other options.

Why Online PMP Certification Training in India is being preferred?

Online training gives the aspirants the flexibility of time, and convenience of accessibility. Both instructor led and self-paced sessions are now available as a option for PMP in India. The self-paced PMP certification training model is being favored over other options.

PMP aspirants in India are moving to self-paced option. The reasons being:

When Project managers go on an assignment outside India as part of their job, they cannot attend PMP certification classroom training. In these cases, online PMP certification training provides continuity in their training. Self-paced training, as the name says, each one gets to choose how they want to prepare for their PMP certification.

As a project manager, you always look at the cost-benefit analysis of the project. We have looked at the costs, let us see the benefits:

Demand for PMP certification in India is on an increasing trend as many industries realize its need for successful delivery. As an organization, if you have PMP certified project managers managing your projects, it boosts the confidence of your customers. You can read more about PMP benefits.

Sunanda Gudavajhala, B.Tech, M.B.A, PMP has over 25 years of project management experience. She is a consultant and trainer on project management. She is the recipient of “Recognition of Excellence” award from PMI, USA and Woman Volunteer award from Hyderabad, India Chapter of PMI. She has contributed to the “Practice Standard on Scheduling, PMI”. She has worked as the Liaison officer for PMIEF (Education Foundation) for the Hyderabad, India Chapter of PMI.